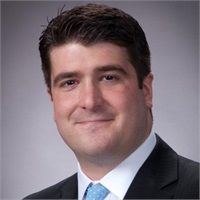 Derek joined Russell & Russell after 7 successful years in the finance organization of Lockheed Martin, a large aerospace and defense contractor. While an executive career in corporate finance was rewarding, he decided he would rather help people instead of large corporations.  Derek focuses on helping clients achieve their financial goals through a detailed planning process that may include: estate organization, wealth accumulation, business succession and retirement planning.

Derek participates in numerous charitable organizations and is the Binghamton chapter president for his Alma Matter St. Bonaventure University where he received a degree in Finance. Derek also has an MBA from the University of Florida. His practice stretches throughout New York State primarily in Rochester and Binghamton.

Derek Russell is a Registered Representative of American Portfolios.